UNUS SED LEO (LEO) Review: Everything You Need to Know

The UNUS SED LEO (LEO) token is a utility token created for the iFinex platform, however unlike other similar tokens like the Binance Coin or the KuCoin Shares token it was created in response to a financial crisis for the Bitfinex exchange.

That financial crisis was loss of $850 million when various governments seized funds from Crypto Capital Corp., a financial services company that iFinex was using for banking services in 2018 after finding difficulty in using the traditional banking system.

The UNUS SED LEO token gets its name from the iFinex company motto, which is the same. It derives from one of Aesop’s fables, ”The Sow and the Lioness”, and is Latin, meaning “One, but a lion.” The fable (in short) details how a sow brags about how many children she has and then asks the lioness if she only had one child. The lioness replies “One, but a lion.” The fable encapsulates the ethos of quality over quantity and individual strength.

Bitfinex is one of the oldest cryptocurrency exchanges in existence, having been formed in 2012. While it remains one of the world’s largest crypto exchanges, its path hasn’t always been smooth. In fact, 2018 was an extremely difficult year, and not only due to the popping of the crypto bubble and beginning of the crypto winter.

No, the biggest problem Bitfinex faced was a loss of $850 million suffered when the shadow banking firm Crypto Capital Corp had its funds seized by a number of global governments, including Poland, the U.K., Portugal, and the U.S. In addition, at the same time U.S. prosecutors accused the parent company iFinex of illegally transferring funds to Crypto Capital Corp. and of trying to conceal the $850 million loss by covering it with reserves from Tether Ltd., a company also owned by iFinex.

The subsequent controversy and negative press obviously put iFinex, and Bitfinex, in a very bad light in the eyes of investors. In response iFinex announced the creation and release of the UNUS SED LEO (LEO) token, which would also cover the $850 deficit in Tether funds. And in May 2019 the UNUS SED LEO token appeared.

It accomplishes the first goal simply through its sale. The other two functions are ongoing, and like other exchange tokens the LEO acts as the internal utility token for the Bitfinex exchange, providing holders with several advantages when trading on Bitfinex. These benefits include the following:

Immediately after listing the UNUS SED LEO (LEO) token increased in value, trading up to $1.98 by June 11, 2019. That increase was partially supported by the listing of LEO on OKEx as traders were optimistic over the additional exchange listing of the new token.

From there the token dipped and was below $1 by October 2019. It remained depressed through April 2020, but then recovered to trade back above $1 and hasn’t dipped below $1 since. Instead it steadily moved higher throughout 2020 and into 2021.

The token has remained remarkably stable for a cryptocurrency, and it seems like there are several things that have allowed that stability and a steady increase in the value of the LEO token. These include:

The UNUS SED LEO (LEO) token is quite unique in terms of why it was created, putting it out as a dual chain coin, and the fact that it is planned to eventually cease to exist. That said, it has seen a good price history, and considering the small number of coins burned so far it is logical to assume that the upward price momentum of the token will continue.

Thus far less than 5% of the total supply has been burned, which isn’t a huge hit to supply. If we presume that Bitfinex remains a popular exchange, and that its users remain interested in discounts to their trading fees, then the steady reduction in supply should combine with continuing or increased demand to put upward pressure on the token price.

Polygon Bags ZK Rollups Start-up Mir! MATIC Would be the Plan B For Ethereum Holders! 22x Review: All You Need To Know 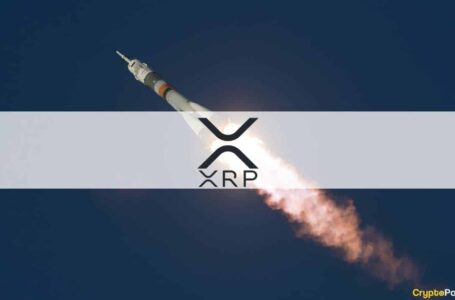 Bitcoin Volume Indicators Show No Buying Power on Market, But It Is Totally Fine